Google’s algorithm is always evolving to ensure that it is presenting the most precise, relevant, and safe sites for its searches. And it looks to be bringing more and more modifications with each passing year.

Google algorithm upgrades were the key SEO trend of 2021, with one of the most active update roadmaps in previous years. Aside from the already mentioned page experience change and the annual core updates, Google surprised us with a slew of shocks, and the summer season, in particular, was one of the most turbulent we’ve seen. To stay up to date with the latest Google algorithm updates get in touch with our SEO experts and maintain your ranking as per the latest trends.

What is Google Algorithm?

Google’s algorithms are a complex technique that uses to regain data from its search index and instantly deliver the best possible results to users. The search engine utilizes a variety of algorithms and multiple scale aspects to deliver web pages ranked by relevancy on its search engine results pages.

As we have seen a vast number of updates in the year 2021 some of the updates from Google have rocked the  SEO boat like June, July, and November core updates. Let’s start from the year starting and look at some of the major updates by Google.

On February 10, Google announced one of the major updates that have affected worldwide searches up to 7%. In this update, Google has announced that Google will consider passages and content from the entire web page for specific search query results also and can rank the entire web page as per that. This was first applied to English Language queries and the United States.

Update: passage ranking launched yesterday afternoon Pacific Time for queries in the US in English. It will come for more countries in English in the near future, then to other countries and languages after that. We’ll update this thread as those further launches happen.

About This Result Update

Another update from Google that was provided by Google in February is Google adds context to each search result so that searchers may decide which results will be most useful to them. This is available for the beta version called About this Result Update.

Check the list of information displayed in Google about this result update:

MozCast observed a 40% drop in exposure for Featured Snippets, which had fallen to their lowest position since 2015 on February 19. In many cases, Featured Snippets were completely removed, which had a particularly negative impact on health and money searches. On further inspection, these were heavily concentrated on small queries, mainly one-term queries, and disproportionately hit YMYL queries.

After three weeks of featured snippets dropping up to 40%, they abruptly vanished from Google Search, only to magically reappear on March 12 with the same ranking positions as previously. For this change, Google has not explained the absence or return of Featured Snippets, nor has it acknowledged whether the incident was caused by a faulty algorithm update, a bug, or something else. That’s a usual diplomatic answer from John Mueller, but the Featured Snippet disappearance technique was far from “natural organic changes.”

With the rise of mobile usage, Google began putting more priority on mobile-friendliness as a ranking factor in 2015. In 2016 Google has officially announced that they will start ranking pages based on mobile app friendliness. The Mobile-First Indexing updates were launched in 2016 end of the year. On March 26 Google announced that after experimenting all these years they have started migrating sites that follow best practices for the mobile-first updates. As of July 2021, it will be compulsory for all old and new sites.

The purpose of Google’s April 2021 product reviews update was to stimulate product evaluations that included in-depth research, intelligent analysis, and unique content rather than just summarizing a list of items.

As per the update from Google, your product reviews should have below listed points must be taken into consideration:

MUM was introduced on May.2021 by Google’s Prabhakar Raghvan. The Multitask Unified Model (MUM) is a natural terminology model that is far more effective than the BERT of October 2019. MUM recognizes information in text and photos, and Google intends to enhance its ability to encompass video and audio as well.

On 2nd June Google announce the June Core update which is also known as Broad Core Algorithm Update. Google took the unexpected step of revealing not one, but two key algorithm upgrades – one later that day and another later that month.

Later today, we are releasing a broad core update, as we do several times per year. It is called the June 2021 Core Update. Our guidance about such updates is here:https://t.co/e5ZQUA3RC6

This will be followed by the July 2021 Core update. Here’s more information about that…

In addition to indexing mobile versions of web pages, Google had included a new set of barometers known as Core Web Vitals as a portion of the page experience upgrade. These are not new standards, but rather newly prioritized criteria for calculating a user’s experience with a website. This will include Largest Contentful Paint, First Input Delay, Cumulative Layout Shift.

Google didn’t waste any time with the July 2021 Core Update, releasing it on the first of the month. The consequence of the June 2021 Core Update had a lesser all-around effect, but it hit tougher and quicker than the first update’s steady rollout, peaking on 1 July and displaying dramatic oscillations after the days that followed.

On July 26, Google launched a link spam update that will be rolled out over the next two weeks but took a full month to complete. Google has cautioned that any site that engages in link spam practices may see ranking fluctuations, with sponsored, guest, and affiliate content being the most likely to be affected.

Google turned out to be adjusting page titles in the SERP based on the search query for a decade. Nevertheless, on August 16, individuals began to witness that Google was substantially modifying their page names, frequently in a negative way. A week later, Google announced that it has developed a new method that will no longer alter titles based on searches but will instead adjust titles to better represent the page as a whole.

According to a tweet from Google Search Liaison, a spam upgrade was sent out between November 3 and 11, 2021 as part of their ongoing efforts to enhance search results. In their announcement, they advised that webmasters continue to follow the Webmaster Guidelines.

As part of our regular work to improve results, we’ve released a spam update to our systems. This November 2021 spam update should be fully rolled out within a week. We encourage sites to follow our best practices for Search: https://t.co/jK3ArQmTqT

Google Search Central stated on Twitter on 17th November that a major core upgrade will be available later that day also known as a broad core update. They directed webmasters to their guidance on what site owners should know about core upgrades. The most recent update of core was in August 2019.

SEO is a thorough and evolved approach, and modifications may not hold a significant influence on your results as long as you focus on Expertise, Authoritativeness, and Trustworthiness, and elite methods. Yet, as an SEO executive, webmaster, or company owner, it is critical to monitor changes and report on your success to fine-tune your plan and capitalize on current chances. Stay up to date with Google Updates and try to apply new strategies for your business ranking.

How to Get Customer Information Using SOAP API in Magento 2

How to Change the Admin Startup Page in Magento 2 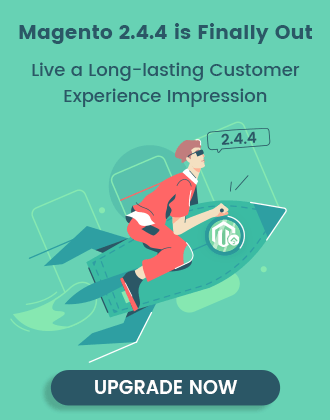 Magento Open Source 2.4.5: Release Notes (Everything You Need to Know)

How to Make Admin Auth in Laravel 8?