Today I will explain the basics of JSX in React.

JSX is used to add HTML code inside JavaScript. Check out the Beginner’s Guide of ReactJS.

In this guide, we will cover an introduction to React JSX, and why we use JSX in React with an example.

This syntax is neither a string nor HTML.

It is called JSX, and it is a syntax extension to JavaScript. We recommend using it with React to describe what the UI should look like. JSX may remind you of a template language, but it comes with the full power of JavaScript.

React embraces the fact that rendering logic is inherently coupled with other UI logic: how events are handled, how the state changes over time, and how the data is prepared for display.

Instead of artificially separating technologies by putting markup and logic in separate files, React separates concerns with loosely coupled units called “components” that contain both, we will return to components in a different section, but if you’re not yet comfortable putting markup in JS, this talk might convince you otherwise.

React doesn’t require using JSX, but most people find it helpful as a visual aid when working with UI inside the JavaScript code. It also allows React to show more useful error and warning messages.

In the example below, we declare a variable called name and then use it inside JSX by wrapping it in curly braces:

In the example below, we embed the result of calling a JavaScript function,

JSX is an Expression Too

This means that you can use JSX inside of if statements and for loops, assign it to variables, accept it as arguments, and return it from functions:

We use quotes to specify string literals as attributes

This was all about JSX in ReactJS. If you have any queries or want to know more about React JSX, you can freely comment below. Share the React JSX tutorial with your ReactJs friends and help them broaden their skills.

Magento Speed Optimization Extension or Service: What to Choose? 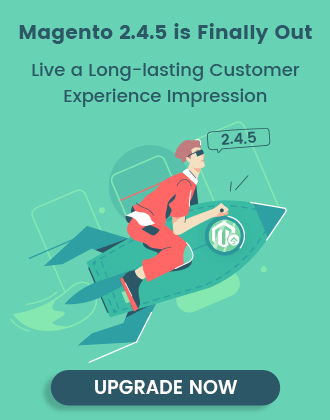